What is the progressive aspect

For example:
She is playing with her phone during the break.
The professor was explaining the solution when the bell rang.
I was walking home when it started raining.

How to use the progressive aspect

If you have decided to use progressive aspect, the next step is to decide which tense to put the verb into. The progressive aspect can be used in all three tenses: present, past and future. In each tense, you must use the auxiliary verb of Progressive Tenses in the correct tense.

Take a look at the highlighted area to see the correct form of progressive verbs in each tense: 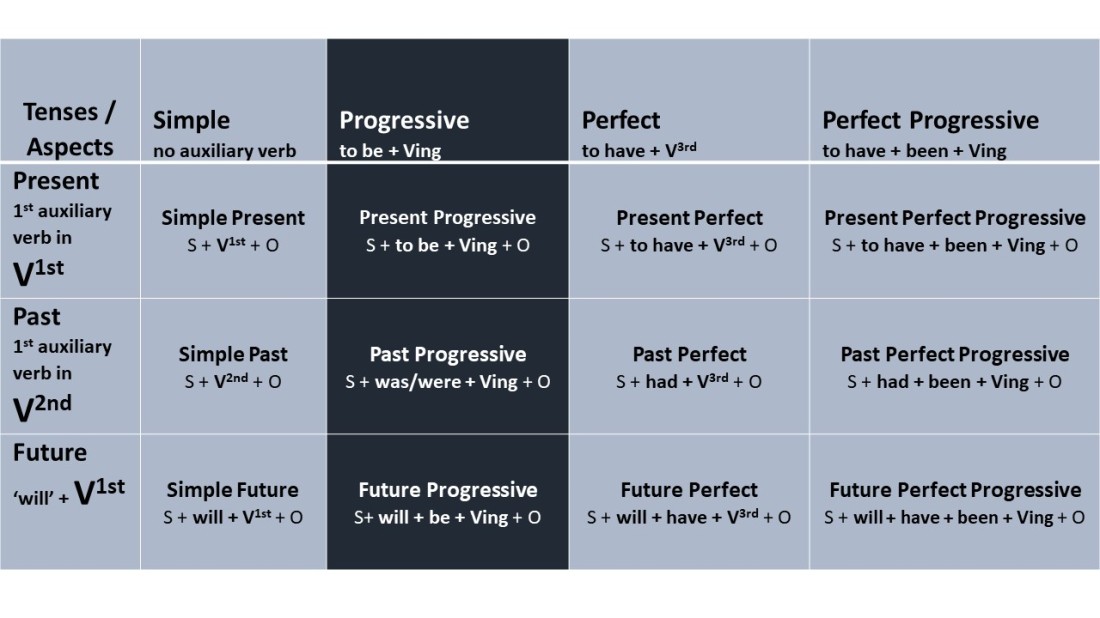 Some verbs that express states and not actions or processes cannot be used in Progressive Tenses. The easiest way to decide if you can use a verb in progressive form is to ask yourself if you can see somebody doing it. If you cannot see someone doing it, stick to Simple Tenses. The verbs usually express something abstract such as emotions, opinion or possession.

Exceptions
Some verbs have a different meaning in Progressive and Simple Tenses. Make sure to note these when forming sentences or translating them.